Monarchs get a quick course about the Chinese community in NL

Monarchs get a quick course about the Chinese community in NL

King Willem-Alexander and Queen Máxima Thursday afternoon received in the Academy Building Leiden University a quick course about the Chinese community in the Netherlands. From different angles the royal couple was told, among other things about the position of young Chinese entrepreneurs, Chinese tourism to the Netherlands, and the teaching of Chinese in middle school. The reason for the meeting was the state visit to China later this month.

The short program in the Small Auditorium began with five introductions, in particular the successful Giethoornse entrepreneur and hotelier Gabriella Esselbrugge caused much hilarity. She is the driving force behind the invasion of Chinese tourists in the picturesque village of Overijssel. With verve she told about the pea soup that like its Chinese guests for breakfast, and how the Chinese like harder beds than European tourists.

Bei Wang gave a picture of what is viewed in China against the Netherlands. The Chinese know through their own social media much more in the Netherlands than is generally assumed and the topics which interest exists, are surprisingly modern and varied. Netherlands reports are easily viewed 23 million times. “The Chinese are curious about how people live in similar circumstances,” said Wang.

The royal couple – Máxima in fire red, the color of the People’s Republic of China on Thursday celebrated his birthday – after speaking with several guests on each of the themes. One of the interlocutors was also Bettine Vriesekoop, theformer tabletennis champion and former China correspondent. 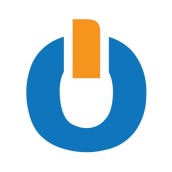